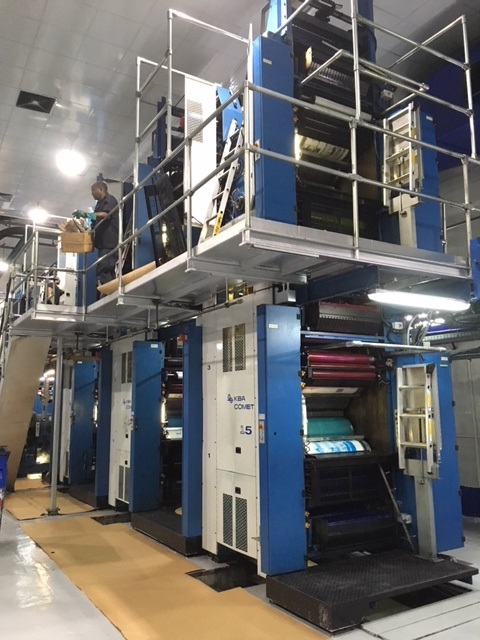 Dominican Republic based newspaper Listin Diario recently took their newly installed KBA Comet press into production. This inauguration was celebrated as the company was host to the yearly ATDL conference, which GWS Printing Systems - as supplier of the machine - also attended.

During the conference Mrs Gema Hidalgo, the CEO of the leading newspaper, expressed her pleasure about the machine. In front of the assembled ATDL audience she passed special compliments to the entire GWS team for the handling of the project.

The two companies hold a long history, with the first deal dating back all the way to the 1980's. At that time a Harris press was supplied to the renowned print house. And as a matter of fact it was exactly that specific Harris press which has now been replaced by the KBA Comet, again delivered by GWS.

"We are very pleased that the management of Listin has again selected us for the supply of their new press and mailroom systems", said GWS Commercial Director Eric van Kessel during the ATDL conference.

GWS director of sales for Spain and Latin America Jordi Segura noted how the ATDL seems to follow the GWS installation sites. 'It is such a coincidence that the conference was held at El Comercio in Peru last year, who had just taken a GWS-supplied twelve tower manroland Uniset press into production. And now this year the same goes for Listin Diario with their KBA Comet. It confirms our solid name and reputation in Central and South America.'

Listin Diario is using the new press installation as a natural moment to also present a new layout and design of its popular newspaper title.